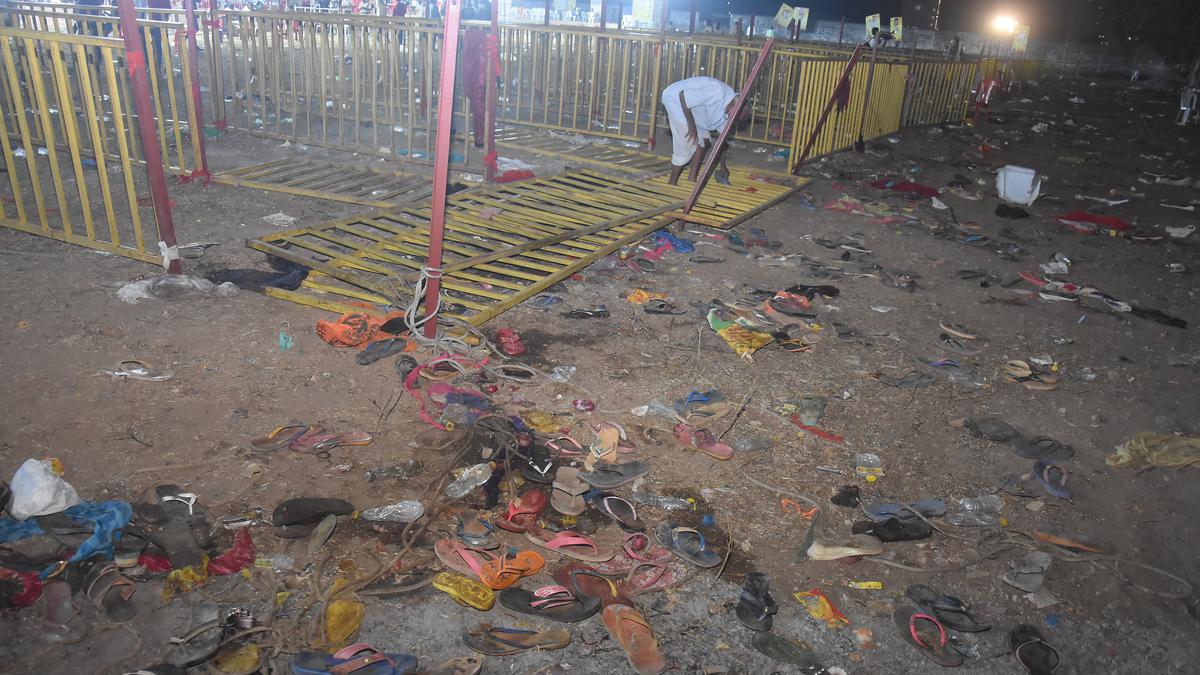 The fallen barricades and footwear strewn around at the venue of the TDP programme soon after the stampade at in Guntur on Sunday.
| Photo Credit: T. VIJAYA KUMAR

One dies on the spot while two die on the way to hospital, 10 injured in the incident

Three women died in a stampede at a Telugu Desam Party meeting held on Sunday in a ground near JKC College in Guntur. The incident comes close on the heels of a similar stampede three days ago at a TDP public meeting in Kandukur of Nellore district, which claimed eight lives.

Two of the deceased have been identified as Syed Aashiya (45) of Nagarampalem and Gopideso Rama Devi, a resident of AP Agraharam. One of them died on the spot while the other two died while they were being shifted to the Guntur Government General Hospital (GGH). The identity of the third victim has not yet been established. Nine others were injured in the incident.

Health Minister V. Rajani visited the hospital and announced an ex gratia of ₹2 lakh to the kin of each deceased and ₹50,000 compensation to the injured. She said the TDP president Chandrababu Naidu should take responsibility for the deaths.

The tragedy struck when a larger-than-expected crowd gathered at the venue of “Janata Vastraala Pampini” (free distribution of clothes) organised by the TDP which distributed kits comprising a saree and groceries to women belonging to the marginal communities, to mark the centenary birth celebrations of the party founder and the late Chief Minister N. T. Rama Rao.

Guntur SP K. Arif Hafeez told The Hindu that 15 counters were set up for distribution of the kits and the tragedy occurred at the first counter, a short while after Mr. Naidu left the venue following his public speech.

The incident has come as a rude shock and has sparked strong reactions from leaders of various parties who have demanded a comprehensive probe into the two stampedes that claimed innocent lives. 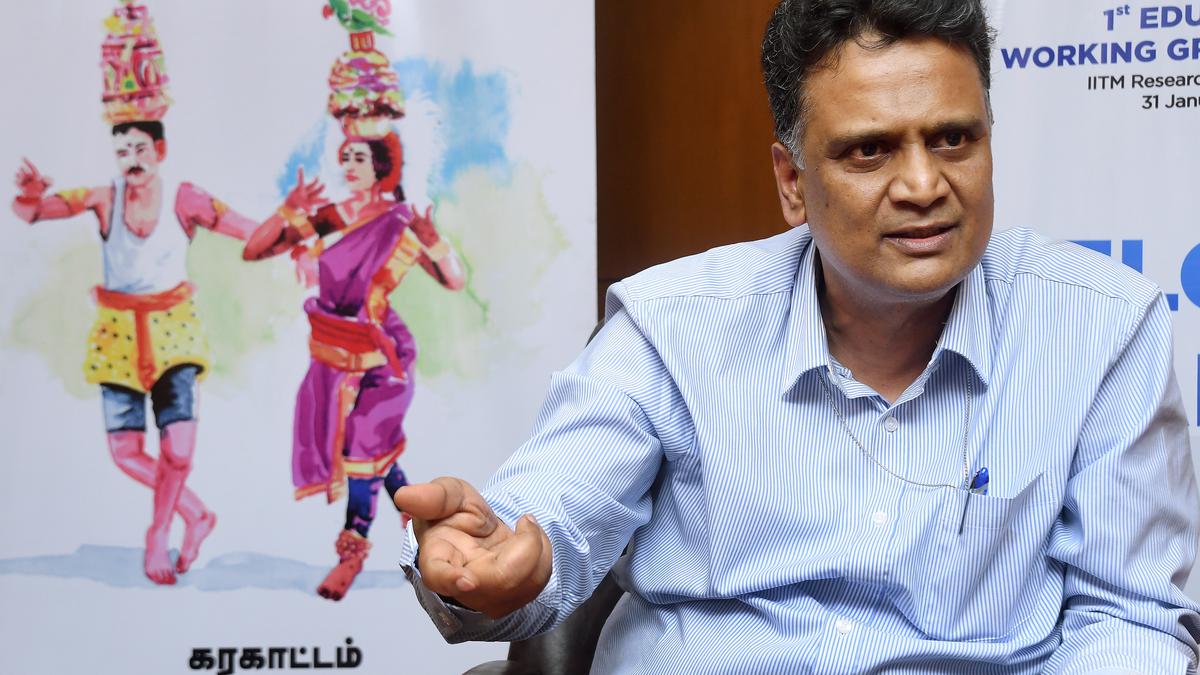 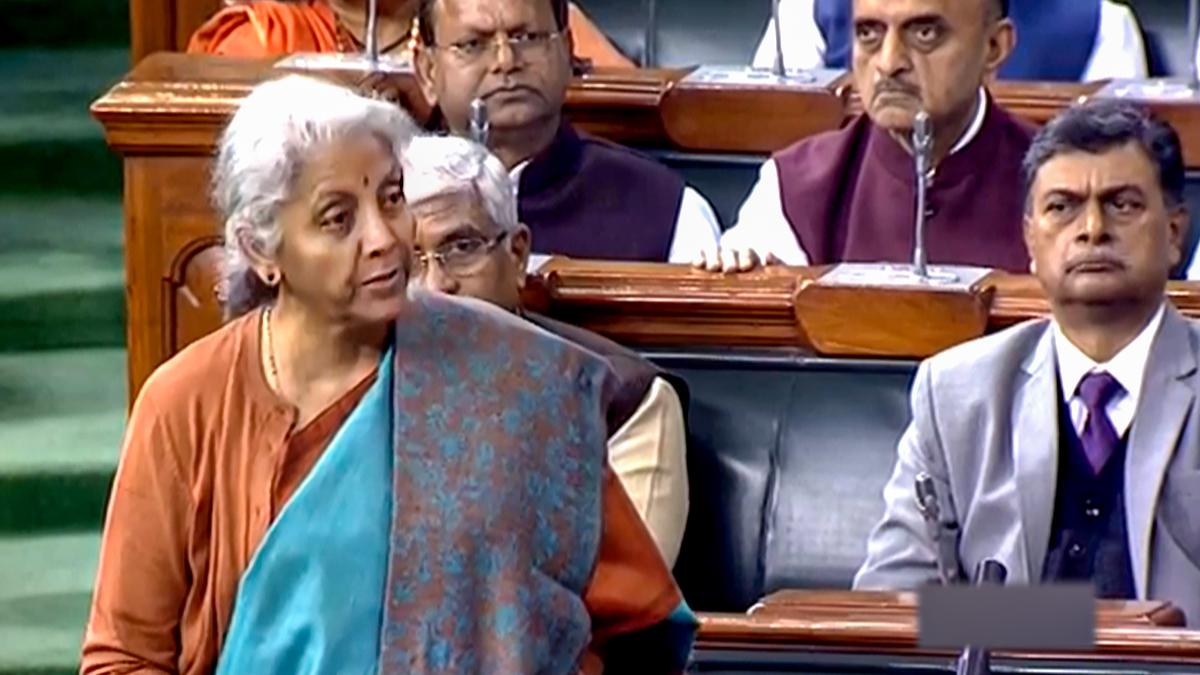 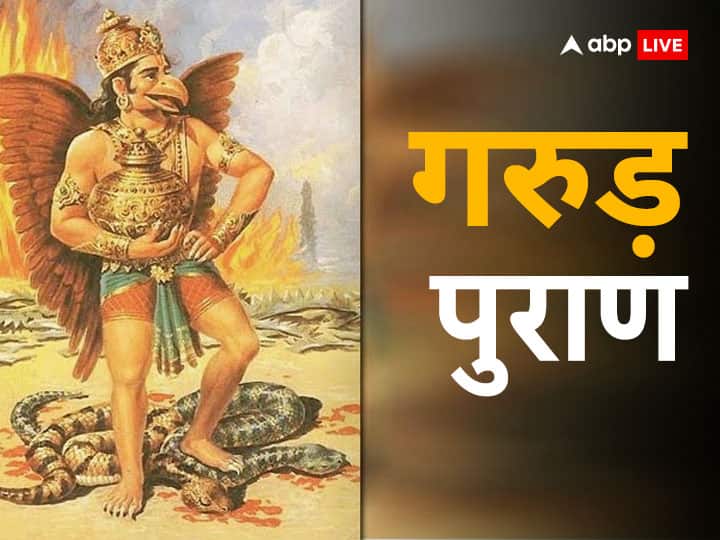