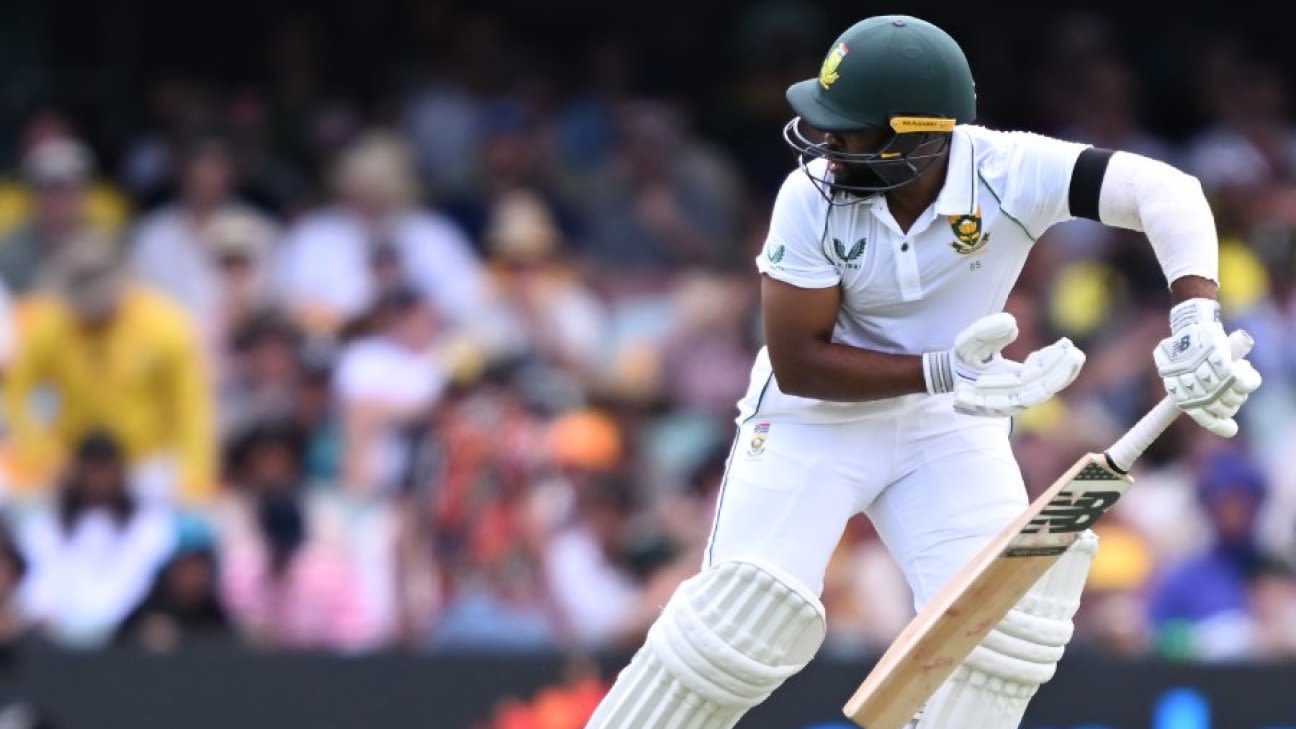 Temba Bavuma has conceded that his own lack of Test centuries has contributed to the bigger batting problems facing the South African line-up.
Bavuma, who returned to the Test side for the series against Australia after missing the England tour with an elbow injury, has yet to add to the hundred he scored in his seventh Test in January 2016.
Since then, he has played 46 Tests, scored 17 half-centuries and has the highest average among South African batters in 2022. But after they lost a fourth successive match, Bavuma admitted those numbers are not good enough.
“The 60s or 70s or I guess they’re good for that moment, but in the bigger scheme of things they don’t change the outcome of the game. I’ve obviously been guilty of that in my Test career, and that’s something that I’d really like to change not just for myself but also for the team,” he said in Melbourne, in the aftermath of South Africa’s innings and 182-run defeat in the second Test.

“That’s something that the team needs – two guys to go out there and score big hundreds, and really give the bowlers something to rally behind.”

Bavuma has enjoyed three decent starts in the two Tests in Australia, and scored 38 and 29 at the Gabba, and 65 in the second innings at the MCG. Although he shared in some of South Africa’s highest partnerships in both matches – 98 and 42 with Kyle Verreynne and Khaya Zondo respectively in Brisbane, and 63 with Verryenne in Melbourne – Bavuma was not able to push on, as has been the case in several of his previous innings. He put that down to a combination of being left with the lower order and his own mindset, and has made his aim to rectify that in future.

“If I look at my dismissal today [caught while slog sweeping], it was probably a brain fart,” Bavuma said. “If I was batting with a batter, I probably wouldn’t play the shot to be honest with you, with all due respect to KG [Kagiso Rabada] and the guys who came after them. I guess that’s that. That’s probably my biggest challenge: just to keep batting and see how long I can go out there.”

Bavuma also accepted responsibility for his role in the run-outs of Zondo and Keshav Maharaj, who he called through for risky runs, and saw those dismissals as a metaphor for South Africa’s overall batting issues.

“The team that wins is the team that adapts better in those [bowler-friendly] conditions. And we simply haven’t done that.”

Like his captain Dean Elgar, Bavuma pointed to “inexperience” in the Test line-up as one of the reasons for their struggles, but he did not go as far as questioning the structures of the South African system.

“I’ve heard those arguments of people looking at our domestic system back home and asking if it really is equipping guys for this level,” he said. “I’m sure the guys in the room – the inexperienced guys – will understand that it’s a big jump. There’s a big difference between franchise cricket and international cricket.

“I can’t really sit here and have a go at our system. I’m part of that system as well, so that’s not something I am going to give a brutal answer towards. But the inexperience within the group, that’s really showing up.”

He also did not lay the blame for South Africa’s batting failures on bowler-friendly conditions, as has been the case among others in the set-up who have been asked about their string of low scores. South Africa have played in New Zealand, England and Australia this year, and have strung together seven successive innings under 200, which Bavuma said is simply sub-standard.

“The talk around the conditions is a matter of stating the obvious,” he said. “The team that wins is the team that adapts better in those conditions. And we simply haven’t done that. It’s a matter of us just not simply adapting. We need to be brutally honest as a batting group – we just haven’t been good enough.”