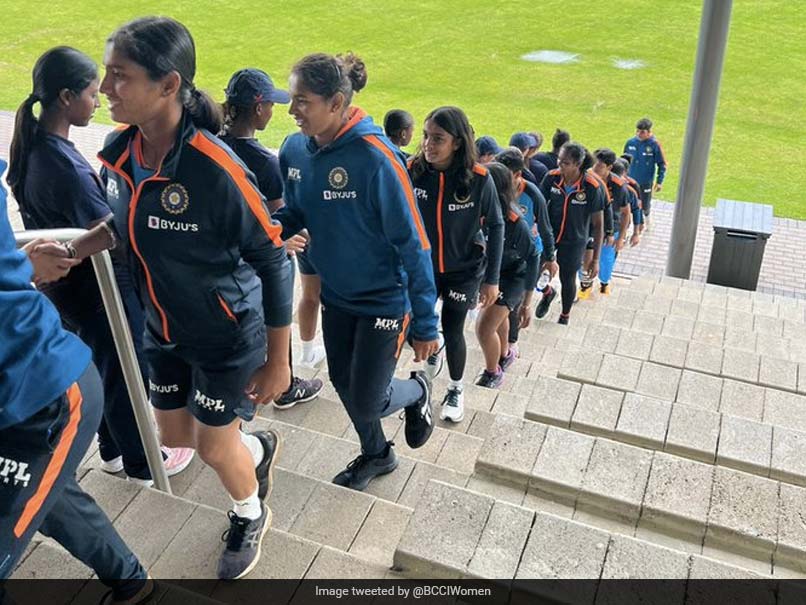 The second T20I match between the India U-19 Women’s team and their South African counterparts was abandoned without a ball being bowled due to wet outfield on Thursday. Initially the toss and start of play were delayed due to rain and later, following an inspection, the match at the Steyn City Ground here was called off due to wet outfield. The Indian cricket board posted an image of the Indian players trooping out of the ground, shaking hands with their South African counterparts.

“The 2nd T20I between IND U19 women & SA U19 women at the Steyn City Ground, Pretoria has been called off due to wet outfield,” tweeted BCCI.

India U-19 are leading the five-match series 1-0, following their 54-run win in the opening match here on December 27.

Riding on Shweta Sehrawat and Soumya Tiwari’s identical scores of 40, India managed to post 137 for 5 in 20 overs. India senior team mainstay Shafali Verma, who is captaining the side, was out for duck.

Seamer Shabnam MD and Archana Devi then took three wickets each to restrict SA U-19 to 83 for eight.

The third match of the series will be played at the same venue on new year’s eve.

The tour is significant for India as the ICC Women’s T20 World Cup will begin in South Africa on January 14.

A total of 12 teams, including India, have received direct entry into the tournament, while four teams will come through the qualifier route.