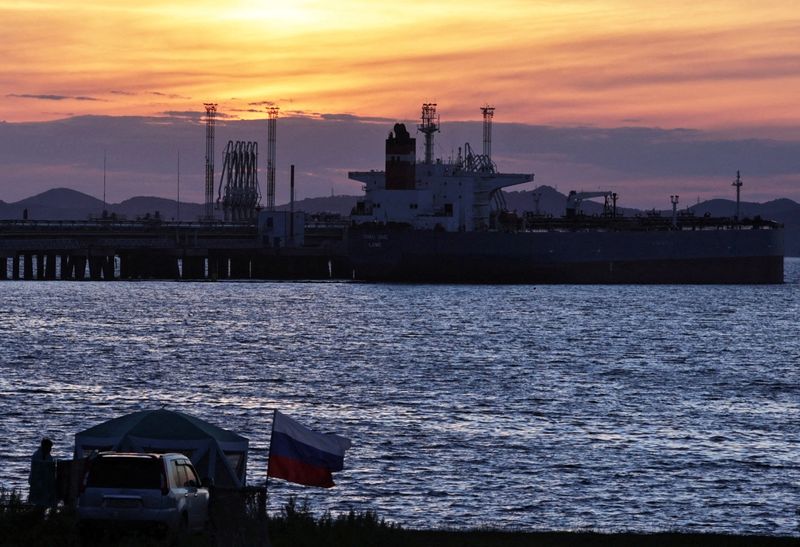 NEW YORK (Reuters) -Oil prices settled lower on Wednesday as traders weighed concerns over a surge in COVID-19 cases in China, the world’s top oil importer, against the chances easing pandemic restrictions in the country will boost fuel demand.

China has said it will stop requiring inbound travellers to quarantine from Jan. 8, a major step towards relaxing stringent curbs on its borders. However, Chinese hospitals have been under intense pressure due to a surge in COVID infections.

Oil markets were also buffeted by expectations of another interest rate hike in the United States, as the U.S. Federal Reserve tries to limit price rises in a tight labor market.

Market participants noted that trading volumes this week are expected to be lighter than usual as the end of the year approaches, creating more volatility in oil prices.

“My sense is the general risk-off mood has weighed on the oil prices, in a market with thin liquidity,” said UBS analyst Giovanni Staunovo.

Wednesday’s declines also followed three straight sessions of higher settlements on both crude benchmarks. Prices were at their highest in three weeks on Tuesday, as a cold snap across the U.S. forced shutdowns at major production sites and refineries at the weekend.

“We have seen a strong rebound over the last few weeks and that’s being pared a little today but the narrative remains unchanged,” said Craig Erlam, senior market analyst at OANDA.

Russia said it aims to ban oil sales from Feb. 1 to countries that abide by a G7 price cap imposed on Dec. 5, although details of how the ban would work were unclear.

Industry group American Petroleum Institute is due to release data at 4.30 p.m. EST [2130 GMT] on Wednesday. The U.S. government will release its figures at 10.30 a.m. on Thursday.