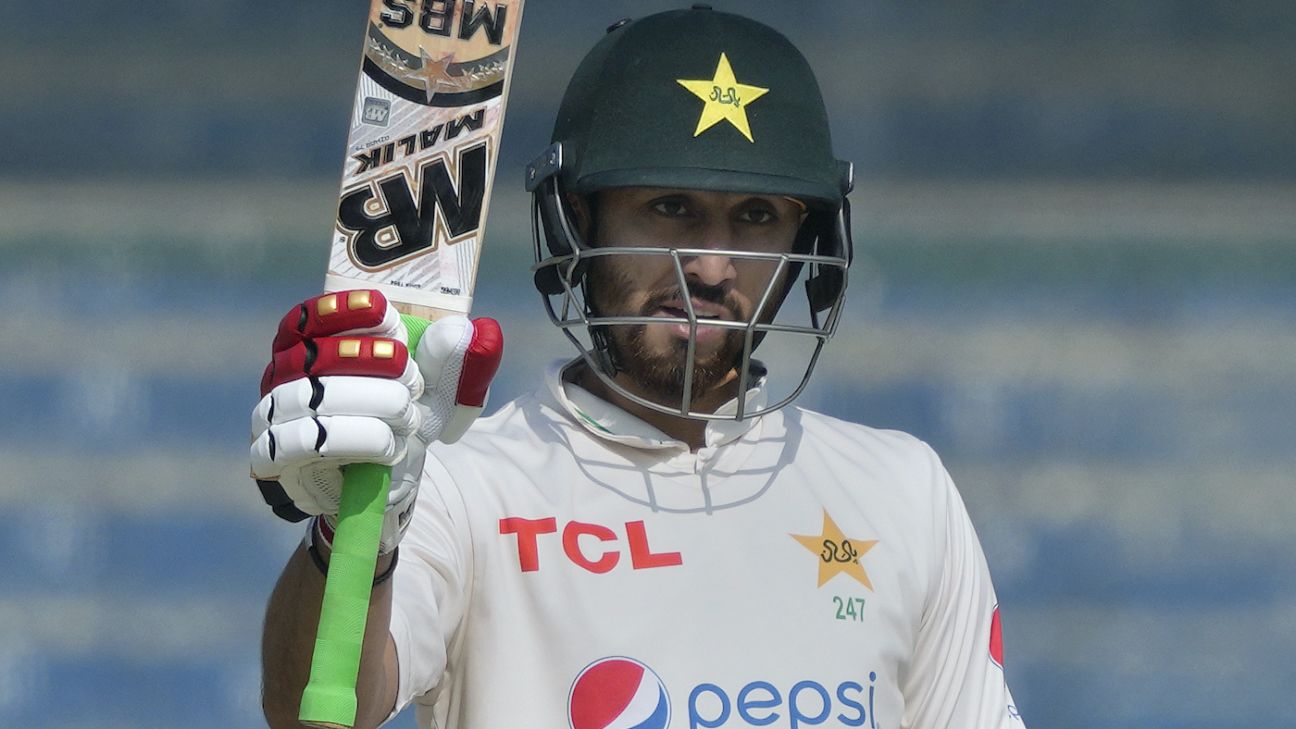 Tim Southee dismissed Babar Azam with the fourth ball of the day in what was an otherwise dull session of play, before successive strikes by New Zealand late in the morning ensured they went to lunch on the second day with some momentum tilted in their favour. Agha Salman held one end up for Pakistan to reach his fourth Test fifty, as the hosts were happy to block and nudge their way to only 60 runs in 30 overs.

Babar, who had resumed the day on 161, couldn’t add to his overnight score as he edged behind to give New Zealand the first of three wickets to fall. Southee did well to drag his line closer to off stump and to pull his length back, after the second and third deliveries of the 91st over were bowled full and wide outside off. Babar went to push the next delivery, only for a faint outside edge to be gobbled behind by Tom Blundell.

That quietened things to the extent that Agha and new batter Nauman Ali went 28 balls without scoring a run, starting with the third ball of the 95th over. Yet, Salman had hit two early boundaries between Babar’s wicket and that dry period, paddle-sweeping Ajaz Patel and flashing at Southee to ensure that the runs kept coming.

And it was Salman who broke the drought, when he pushed Patel for a single to start the 100th over, but Nauman was still content to keep defending and shielding Patel and Michael Bracewell, who had replaced Southee after a four-over spell. Nauman had got a single to get off the mark off the sixth delivery he faced, only to next score off his 48th when he slog swept Patel for four to deep square leg.

Salman kept ticking the scoreboard at the other end, as New Zealand challenged Aleem Dar’s not-out decision for a leg-before appeal when he was on 36. Replays showed the ball was turning in enough to miss the leg stump, as Ish Sodhi’s harmless bowling in the match continued.

But New Zealand finally broke the frustrating stand of 54 which took more than 26 overs, when Neil Wagner, brought into the attack with the short-ball ploy in mind, sent Nauman back just before lunch. Bracewell at a short square leg plucked a catch leaping to his left as Nauman tried to pull a rising short delivery, before Sodhi got his first Test wicket in four years when Mohammad Wasim tried a funky scoop shot to a short ball, only for the ball to pop up and into Blundell’s gloves.

Salman ended unbeaten on 54 with Pakistan hoping he can push them beyond 400 in the company of the last two batters.