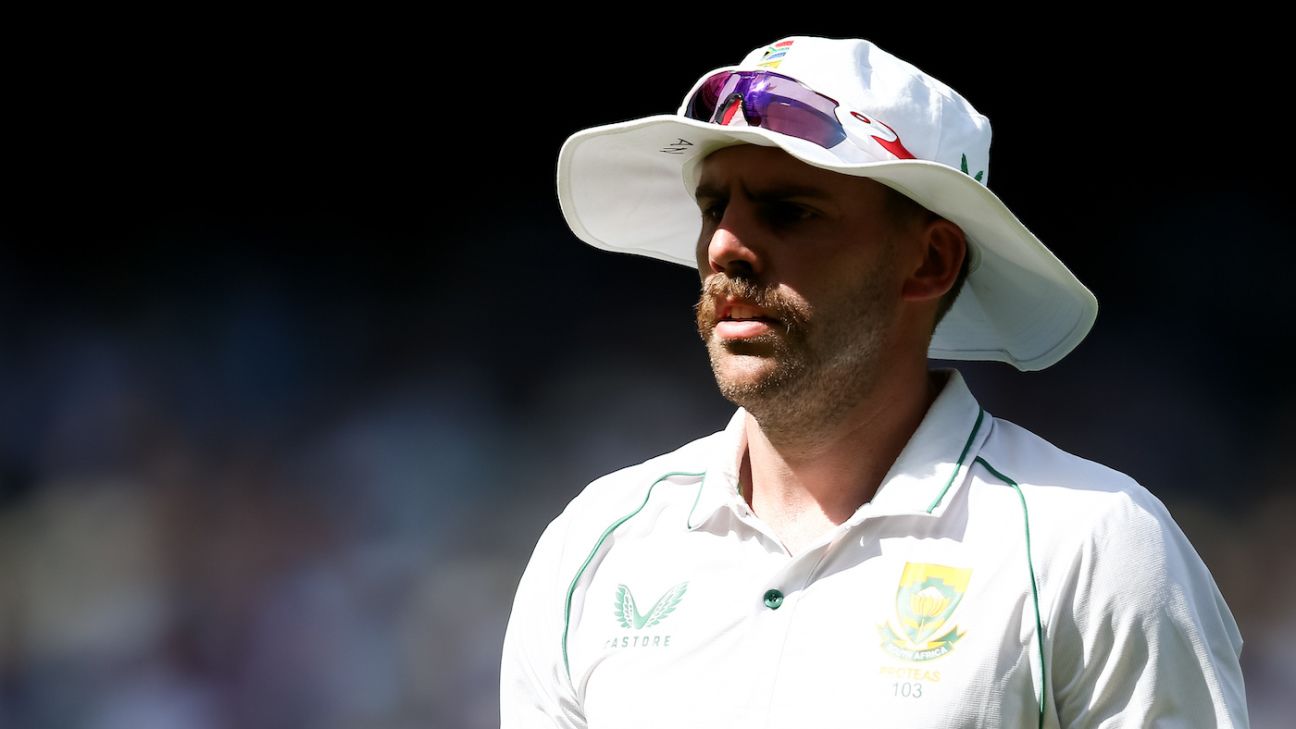 Cricket Australia’s host-television broadcaster Fox Sports has apologised to Anrich Nortje and the South Africa team after the fast bowler was knocked down by the flying spidercam while fielding on the second day of the ongoing second Test at the MCG.

Nortje confirmed after the day’s play that he was fine, despite being hit on his left shoulder and elbow. He was able to bowl – at high pace – after being hit. He was in the outfield at the time, shortly after lunch, when he was knocked to the ground by the mobile camera as it was zipping along at head height.

CA confirmed that Fox Sports had admitted it was an error by the operator. The camera was not in use for the rest of the day but CA confirmed that spidercam would be in operation on day three with some extra safety measures in place to ensure such an incident doesn’t happen again.

“I didn’t know what hit me, to be honest,” Nortje said. “So far so good. It just knocked the [left] shoulder and the [left] elbow. The elbow is a bit sore but otherwise seems to be okay. I’ll just monitor it and see how it goes with the [doctor].

“I saw cables and then I turned around or moved my head and then I saw the camera, but I was a little bit too late. It was quite quick. It didn’t really change my mindset or anything. I tried to stay focused.

“I think the one thing we’ve spoken about earlier is how low it is and it probably shouldn’t be unless [it needs to be] for certain interviews or something. But I don’t think it should be travelling head height. That’s just my opinion. And then for Marco [Jansen] as well, they must take him into consideration [for his height].”

Rough day for South Africa on the field
It added insult to South Africa’s injury on a brutal day in the field. They took just two wickets in 37-degree heat, including one via a run-out, as Australia piled up 341 runs in 79 overs with David Warner making a spectacular 200 before retiring hurt.

Warner survived a blistering spell from Nortje just after lunch. Nortje was consistently bowling at speeds of over 150kph, including one delivery at 155kph. He had hit Warner in the helmet earlier in the morning and hit him on the index finger during that spell. Nortje also hit Cameron Green on the index finger later in the day, drawing blood and forcing Green to retire hurt and head off for a scan.

Nortje finished with just one wicket for the day, that of Steven Smith for 85. He was frustrated to have bowled so well for so little reward.

“It happens,” Nortje said. “You’re in the heat, you’re trying all the things with the ball, you’re trying a different grip, try this and that. But it happens, it’s part of cricket. They batted really well.

Anrich Nortje bowled at blistering pace, but only had the one wicket to show for it•Cricket Australia via Getty Images

“I thought they controlled the situation really well. They calmed it down when we were not on top of them, but when we were hitting our areas and then maybe when the guys were a bit tired or when it was a little bit later in the day, the ball wasn’t doing much, then they tried to dominate again.”

Nortje wants batters to do their bit
South Africa are a long way behind in the game, trailing by 197 runs, and the series but there is one small glimmer of hope with Australia potentially two bowlers down in the second innings. Both Green and Mitchell Starc have suffered injuries to their bowling fingers. Starc will only bowl again in the game if required and looks in doubt for the Sydney Test, while the outcome of Green’s blow is still unknown.

Nortje said it would be critical for South Africa to bat as long as possible second time around.

“The more overs the bowlers are going to bowl, the more maybe a back-up bowler or someone who doesn’t really come on would have to apply themselves,” Nortje said. “So that’s going to be a crucial stage for us. Hopefully, we can have a lot of batters in hand and work through the difficult stages with our top order and then try and cash in a little bit later on.”

Alex Malcolm is an Associate Editor at ESPNcricinfo