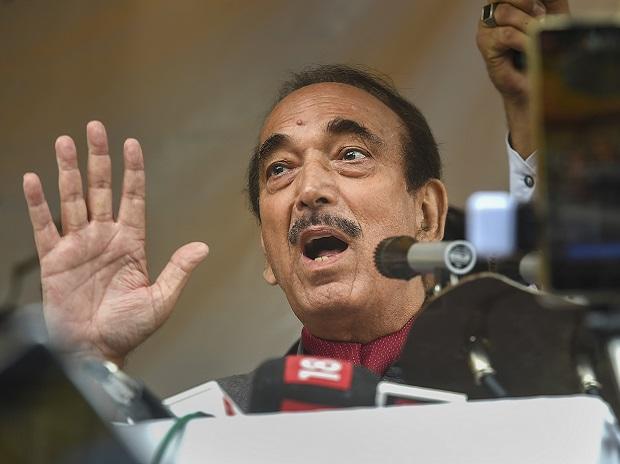 Democratic Azad Party Chief and former Jammu and Kashmir Chief Minister Ghulam Nabi Azad said that the Kashmiri Pandit employees of the Jammu and Kashmir government should be temporarily shifted to Jammu till the situation improves in Kashmir.


“The Government should transfer Kashmiri Pandit employees to Jammu and transfer them back only when the situation improves,” said Azad.


“If our government comes to power, we will transfer the Kashmiri Pandits to Jammu until the situation improves,” he said.


Lt Governor Manoj Sinha had last week said that Kashmiri Pandits serving in the Valley will not be paid their salaries if they do not attend their duties.


Migrant Kashmiri Pandits have been protesting against the decision of the government claiming that they are being threatened by the terrorists and can’t go back to work.


“We are receiving death threats repeatedly, the latest being on Wednesday night. We were told that a policeman would be posted outside the place of our posting. But we do not trust the security policy of the administration,” said a Kashmiri Pandit.


“The main reason behind the protests is an insecure environment prevailing in Kashmir. We have been protesting since the day targeted killings started against the minority community in the Valley. We appeal to the government to post us at safe and secure places,” said Rohit, a Kashmiri Pandit who is participating in the protests.


Kashmir has been witnessing a series of targeted killings since October last year.


Targeted killings in Kashmir Valley were part of a larger conspiracy by terrorists of Hizbul Mujahideen and other proscribed terrorist outfits to disturb the peace and democratic process established by the Panchayati Raj System in Kashmir Valley and also to create terror among the politically elected representatives, an NIA charge sheet said earlier.


The revelation came when the National Investigation Agency (NIA) in September filed the charge sheet against six accused in the targeted killing of a Sarpanch of Adoora village in Jammu and Kashmir’s Kulgam.


The counter-terror agency filed the chargesheet in a special NIA court in Jammu in the case of the targeted killing of Sarpanch Shabir Ahmad Mir by the terrorists of the proscribed terrorist outfit Hizbul Mujahideen.The case was initially registered on March 11 at Kulgam police station in Jammu and Kashmir and re-registered by the NIA on April 8.


Investigations have revealed that the handlers of the proscribed terrorist organization Hizbul Mujahideen operating from Pakistan, hatched a criminal conspiracy in collusion with terrorist associates and Over Ground Workers and terrorists of Hizbul Mujahideen active in Kashmir Valley to carry out the targeted killing of Sarpanch Shabir Ahmad Mir, said the NIA.

Telangana polls are a do-or-die battle for a demoralised, divided Congress

When the Congress-led Central government bifurcated Andhra Pradesh in 2014, it was hoping to…