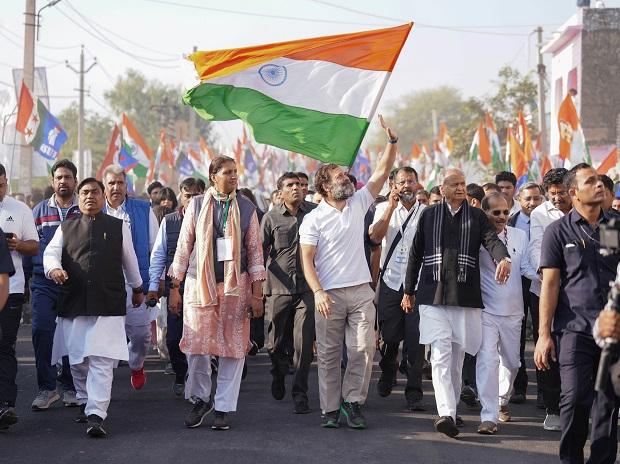 
An exception is former deputy chief minister Dinesh Sharma who has been invited to the yatra in his capacity as a professor of Lucknow University. Another professor of the university, Ravikant, has also been invited.


The Rahul Gandhi-led Bharat Jodo Yatra will enter Uttar Pradesh on January 3 through Loni in Ghaziabad. It will then pass through Baghpat and Shamli to enter Haryana.


Congress spokesperson Ashok Singh told PTI that the party has extended invitations to prominent opposition leaders in the state to attend the yatra.


In the present times when people are not allowed to raise their views, this yatra is the only option to know people’s minds, the spokesperson said.


The entire opposition has almost the same view about this government so they have been invited to participate in the yatra, the party spokesman said.


Former Union minister Salman Khurshid, who is the state coordinator of the yatra, had told newspersons last week that the Bharat Jodo Yatra is not of any party but of the whole country and leaders of various parties will be invited to attend it. He, however, had not shared the names of leaders who would be invited then.


Congress general secretary Priyanka Gandhi Vadra, who had led the party’s campaign in the Uttar Pradesh assembly elections earlier this year, will join the yatra in the state on all three days.


The Kanyakumari-to-Kashmir yatra, which has so far traversed more than 2,800 km through 10 states, is on a nine-day winter break and will resume on January 3. It started from Kanyakumari in Tamil Nadu on September 7 and will conclude in Kashmir early next year.