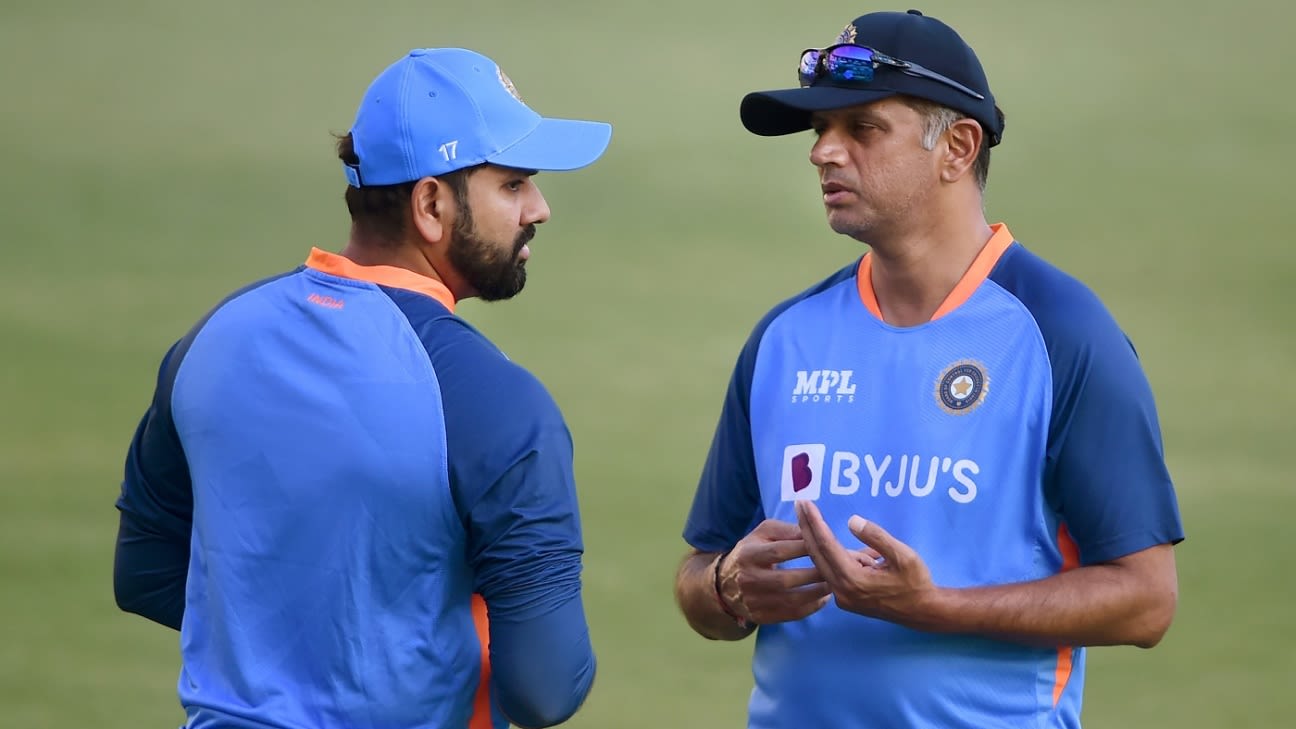 You know those awesome rocket launch sequences where amid various shots of the vehicle looking all epic and the crew looking all steely there’s a disembodied voice that goes “T-minus…” Picture that… except instead of the wonders of space exploration, we’re talking about a bunch of people doing a bunch of things to get their hands on a cup that doesn’t even look like a cup… which they’ll only be able to hold onto for like a year. Two tops.

India and South Africa are at T-minus three matches to the big party down under. So a lot of the focus will be on things like, is our death bowling doing alright? Oh, Bhuvneshwar Kumar’s not? But didn’t he – it sounds preposterous to even say it out loud but didn’t he – bowl a wicket maiden in the 19th over to stop Mumbai Indians from winning a game where they only needed 19 more runs? At least he’s off resting now, away from all the noise.
And, what about the batting? Of course that’s doing fine. Anyone can wave a piece of wood around, can’t they? Plus there’s the AB de Villiersisation of it all. Twenty-two year old kids think they can now walk into the park and hit every ball for six. Thirty-two year old veterans, brought up in the mean streets maidans of Mumbai, no longer care about showing that straight bat. They be scoopin’, rampin’ and ballin’.

That said, three matches, this late, aren’t going to offer a whole lot of clarity on what to do and what not to. The good only reinforces what they already know and the bad, well, that gets thrown in the bin because there’s no time for that. So in a way, this series could be a bit of a free hit for both India and South Africa. One last chance to go out and have utter, almost no-consequence fun. And it starts in T-minus…

Of all the gin joints in all the world, David Miller had to walk into one called Gujarat Titans. People had given up on him. That century he made against Royal Challengers Bangalore. That night where the words “in the arc, out of the park” were embossed into the cricketing dictionary had already become a punchline to beat him with every time he failed, especially at the IPL; he’s always gone alright for South Africa. But now, having been the single biggest influencer of a title-winning campaign, Miller is a boss wherever he goes. It’s even come to the point that the franchise that let him go – Rajasthan Royals – has chased him down and made him captain of not one but two of their other teams around the world.
Failure is the likeliest outcome for a death bowler. It’s like playing Russian roulette with five bullets. And yet somehow Arshdeep Singh keeps beating the odds. So what’s his secret? How has he – at 23 years old – become one of the best at one of the worst jobs in cricket? “Lots of repetitions of length ball and yorker. After doing it so many times in practice, you start understanding where your ball will land if you run at this particular speed with this particular angle.” There is a chance that, if India make the final of the T20 World Cup, he will be fronting up to bowl their final over.
With Hardik rested and Deepak Hooda injured, India will have a job balancing their XI. Shahbaz Ahmed is the allrounder they’ve called up but he only bowls spin and that area is covered with Axar Patel and Yuzvendra Chahal. So perhaps the team management will bring back Rishabh Pant and roll the dice with five bowlers. It limits flexibility but hey, at least the frontliners will get even more experience of those pressure situations they’ll be put under at the World Cup.

What does Temba Bavuma’s return from injury mean for Reeza Hendricks, who has hit four half-centuries in his last five innings as opener? Will he drop to No. 3, which sounds easy enough, except it’ll mean no place for Rilee Rossouw and that doesn’t make sense given his exploits in franchise cricket.

Greenfield International Stadium in Thiruvananthapuram has only hosted two T20Is so far — and one of them was rain-hit and reduced to eight overs. So it’s still a bit of an unknown. The forecast suggests there is a possibility for showers on Wednesday night.

I remember we played here, the A side. To be honest with you, I can’t remember too much about the wicket – generally a good wicket, as it always is here in India. I think this field is a little bit bigger than the other fields, so probably a lot more running, a lot more gaps being available, but I think all basics stay the same when batting in India. You want to get through the new ball and then try and get that momentum going into the innings.
South Africa captain Temba Bavuma on what to expect from the conditions in Thiruvananthapuram