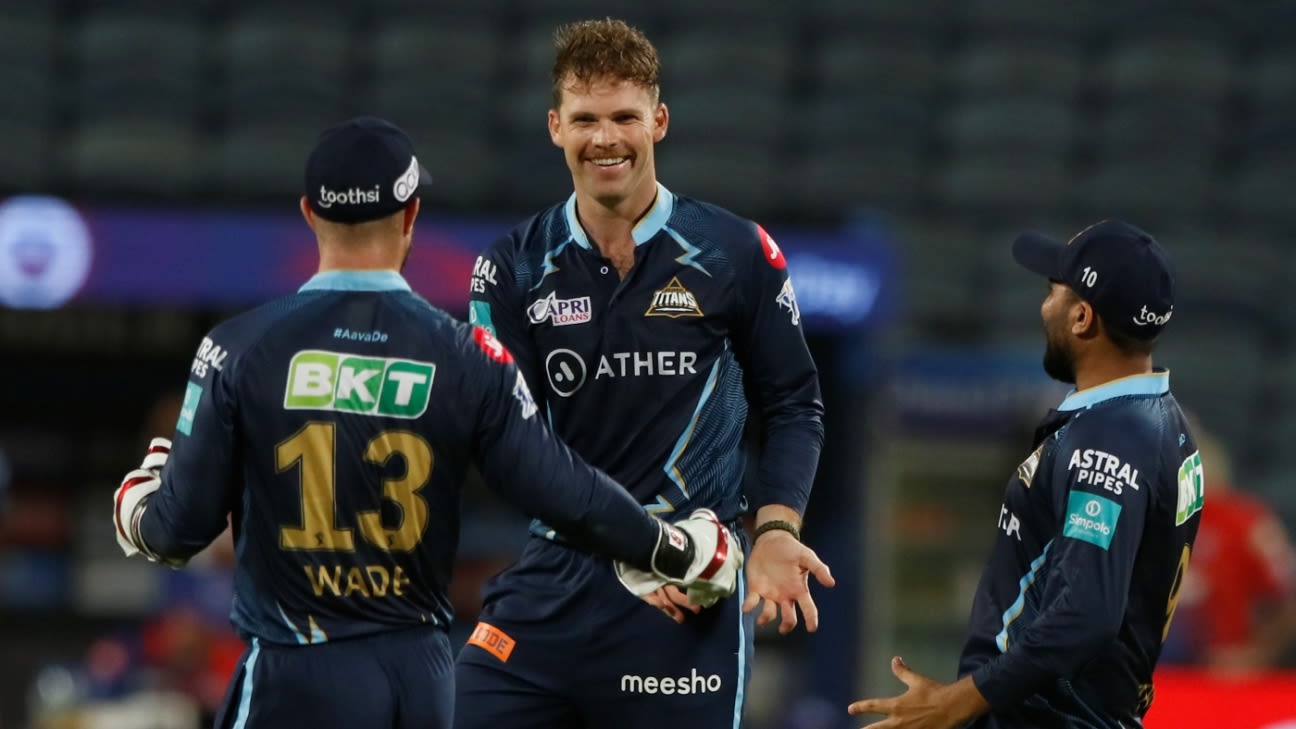 Kolkata Knight Riders have secured New Zealand fast bowler Lockie Ferguson and Afghanistan wicketkeeper Rahmanullah Gurbaz via trades from IPL champions Gujarat Titans ahead of the auction for the 2023 season, slated for December 23 in Kochi. It is an all-cash trade, the details of which have not been disclosed by the IPL or the franchises.

Ferguson’s signing marks his return to the set-up he was part of between 2019 and 2021. It’s perhaps also a sign of the team management offloading a few other fast bowlers to go in with a bigger purse at the auction.

Ferguson, who was signed for INR 10 crore (five times his base price) at the February auction this year, played a key role for Titans in their inaugural season. He picked up 12 wickets in 13 games at an economy of 8.95 and a best of 4 for 27. He also bowled the fastest ball of the season, clocked at 157.3kph, to Jos Buttler in the final.

He picked up seven wickets in five games during New Zealand’s T20 World Cup campaign in Australia, where they lost in the semi-finals to Pakistan.

The addition of Afghanistan’s Gurbaz gives KKR more wicketkeeping options. It’s an area they struggled with in the IPL 2022, with neither of Sam Billings, Sheldon Jackson and B Indrajith managing to nail their positions in the XI.

Gurbaz, who had listed himself at a base price of INR 50 lakh, went unsold initially before being signed by Titans as a replacement for England’s Jason Roy. Gurbaz spent the entire 2022 season on the bench with the Titans preferring the experience of Matthew Wade and Wriddhiman Saha at different times.

Gurbaz has already featured in overseas leagues such as the PSL, CPL, BPL, LPL and Abu Dhabi T10 League. In 99 T20s overall, he has struck at 152.48, while accruing 2481 runs with 16 half-centuries and a century.

“Both players leave behind unforgettable memories,” Vikram Solanki, Titans’ team director, said. “Lockie’s four-wicket haul against Delhi Capitals is a performance we will always remember. While Gurbaz did not play a game, his promise and talent was evident right through.”
On Friday, Royal Challengers Bangalore traded Australia fast bowler Jason Behrendorff to Mumbai Indians. They had signed Behrendorff for his base price of INR 75 lakh but didn’t field him in any of the games this season.

In addition to the purse remaining from the previous auction and the value of the players they release, teams have been given an additional INR 5 crore to spend at this auction, making the overall purse INR 95 crore (approx. US $11.5 million).