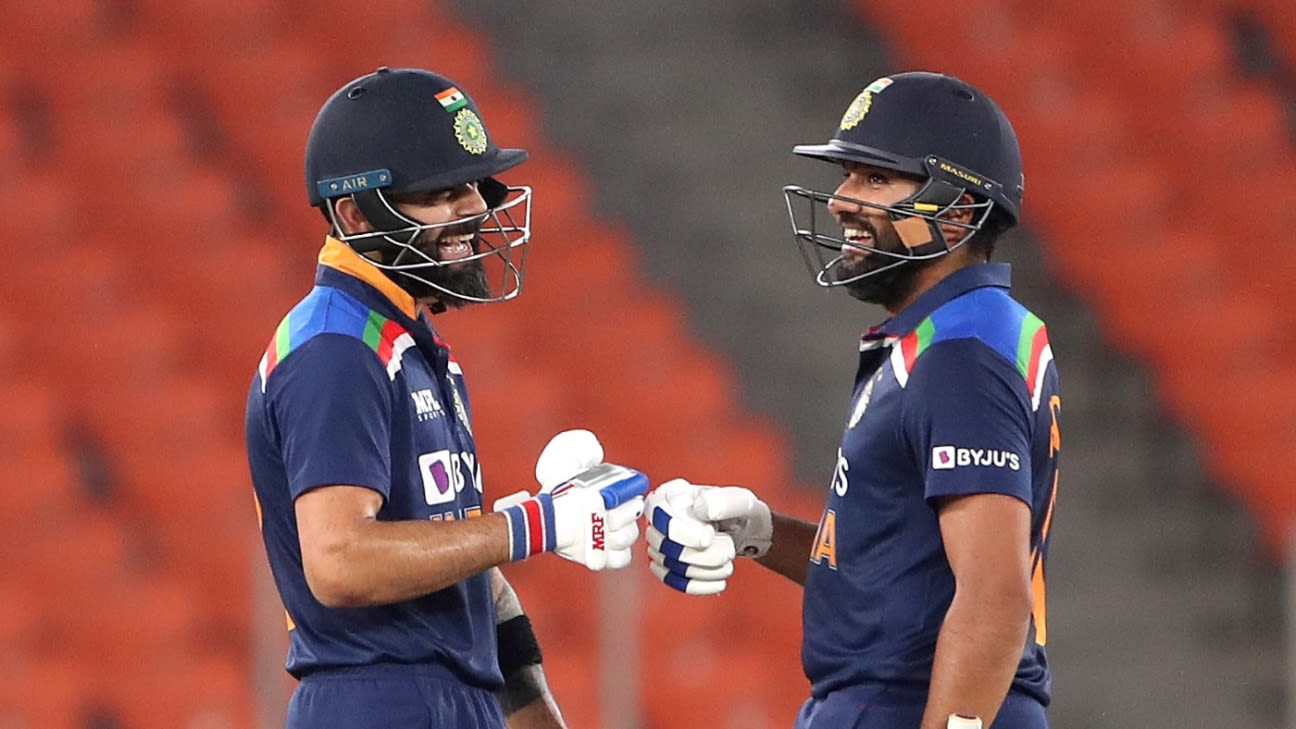 Virat Kohli has said that Rohit Sharma and Rahul Dravid would have his “absolute support and contribution” in whatever vision they set for India’s white-ball teams going forward.

“My responsibility is to push the team in the right directions, something that I’ve always looked to do even before I became captain,” Kohli, said in press conference on Wednesday. “So that mindset has never changed and it will never change.

“Rohit is a very able captain, and very, very tactically sound. We’ve seen that in the games he’s captained for India and in the IPL [with Mumbai Indians] as well. And along with Rahul bhai, who is a very, very balanced coach (and) great man-manager. Both of them will have my absolute support and my contribution in whatever vision they set for the team.

“I will be there to support that 100% and continue to be a guy who can push the team in the right direction going forward in ODIs and T20Is.”

“Between me and Rohit, I have already addressed this on several occasions, there is no problem at all,” Kohli said. “Honestly from the last two or two-and-a-half years I have been clarifying regularly and I am now tired clarifying this point that because that question is repeatedly asked of me. I can say one thing with guarantee that any action of mine, any communication, won’t be to put the team down till I play cricket. That’s my commitment to Indian cricket.”

Kohli’s removal as ODI captain brought an end his five-year tenure at the helm in the format. While his record makes for excellent reading – of the 60 captains to lead in 50 or more men’s ODIs, only three have a better win-loss record – India failed to win an ICC tournament under him.

They finished runners-up at the 2017 Champions Trophy and were losing semi-finalists at the 50-over World Cup in 2019. In Kohli’s only T20 World Cup as captain, in October-November in the UAE, India crashed out after the group stage following back-to-back losses to Pakistan and New Zealand.

Kohli acknowledged that those results could have prompted the BCCI’s decision to replace him.

“Reasons, obviously we have not won an ICC tournament. Reasons I can understand. There was no debate about whether the decision was right or wrong. The decision BCCI took was from a logical point of view, which is totally understandable and I can understand that. As far as the other events that transpired and the way I was communicated, I’ve already told you.

“About captaincy, one thing I can say is, I’ve been honest to the responsibility and done it to the best of my ability. That’s my assessment of my limited-overs captaincy. The batting, when you know you’ve been doing well at the international level, you know how to perform. Those things won’t go away from you. It’s about understanding your roles.”

Kohli is currently ranked seventh, second and 11th in the ICC rankings for batters in Tests, ODIs and T20Is respectively, and averages over 50 in all three formats. But he hasn’t scored a century since November 2019, a statistic that has been of some concern to some observers. Could not being white-ball captain free him up as a batter?

“Well, I can’t comment if me not being captain will leave a positive impact on my batting, those things no one can predict,” he said. “I have taken a lot of pride in performing as a captain for the team and I’ve done the best that I could. I think what I know is my motivation levels to perform won’t dip at all, I will always be prepared and eager to perform in the same manner.”

Shashank Kishore is a senior sub-editor at ESPNcricinfo 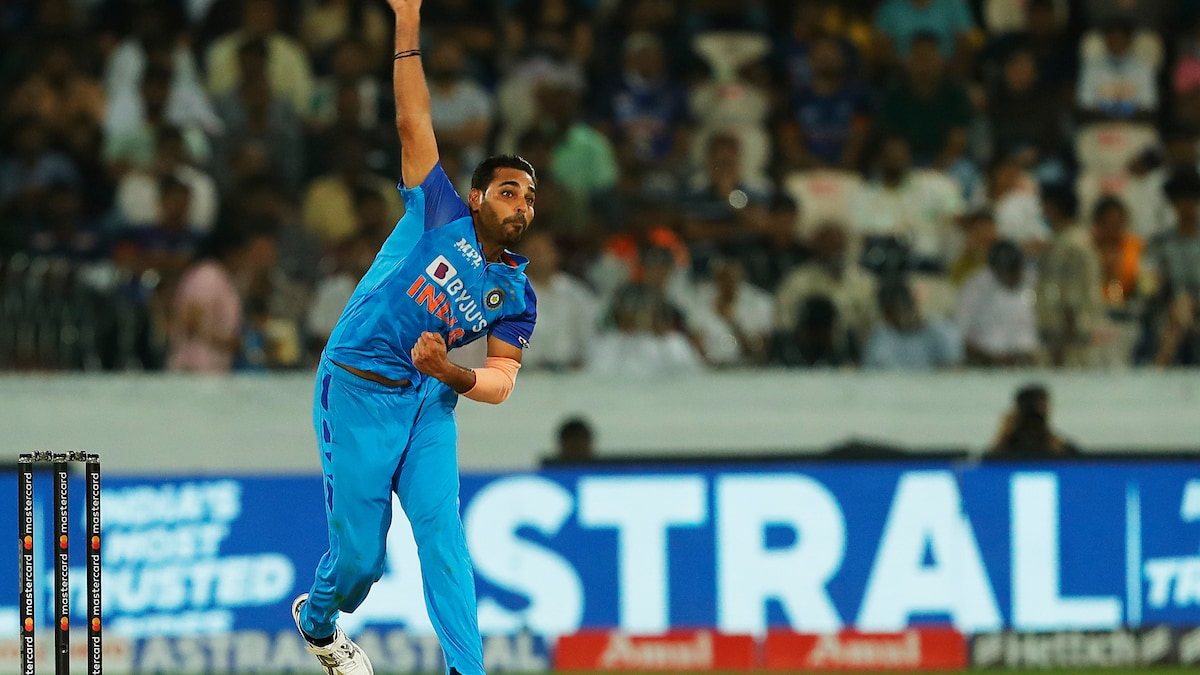 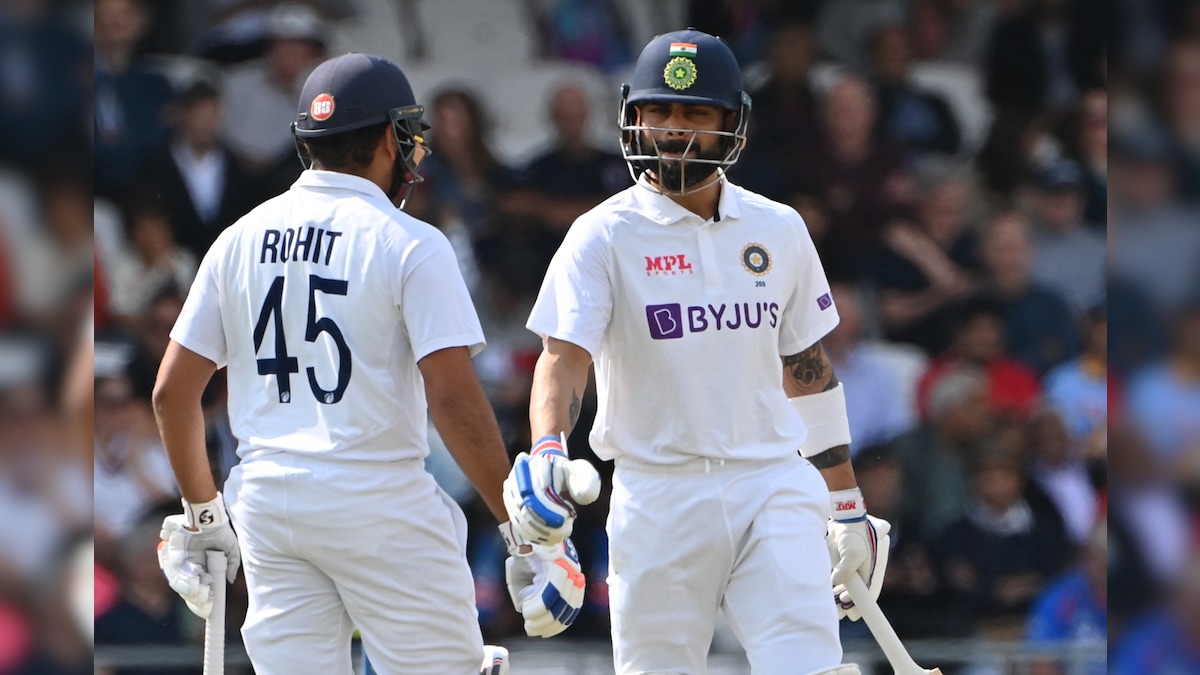 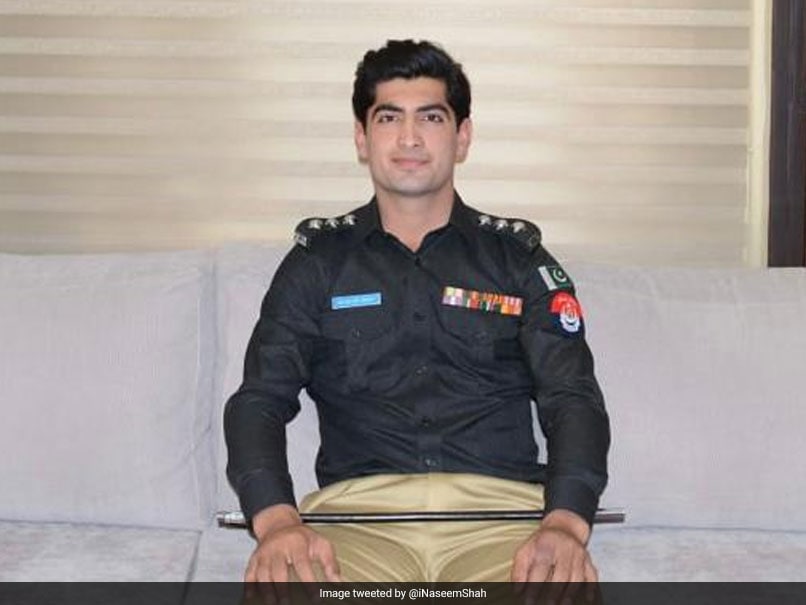