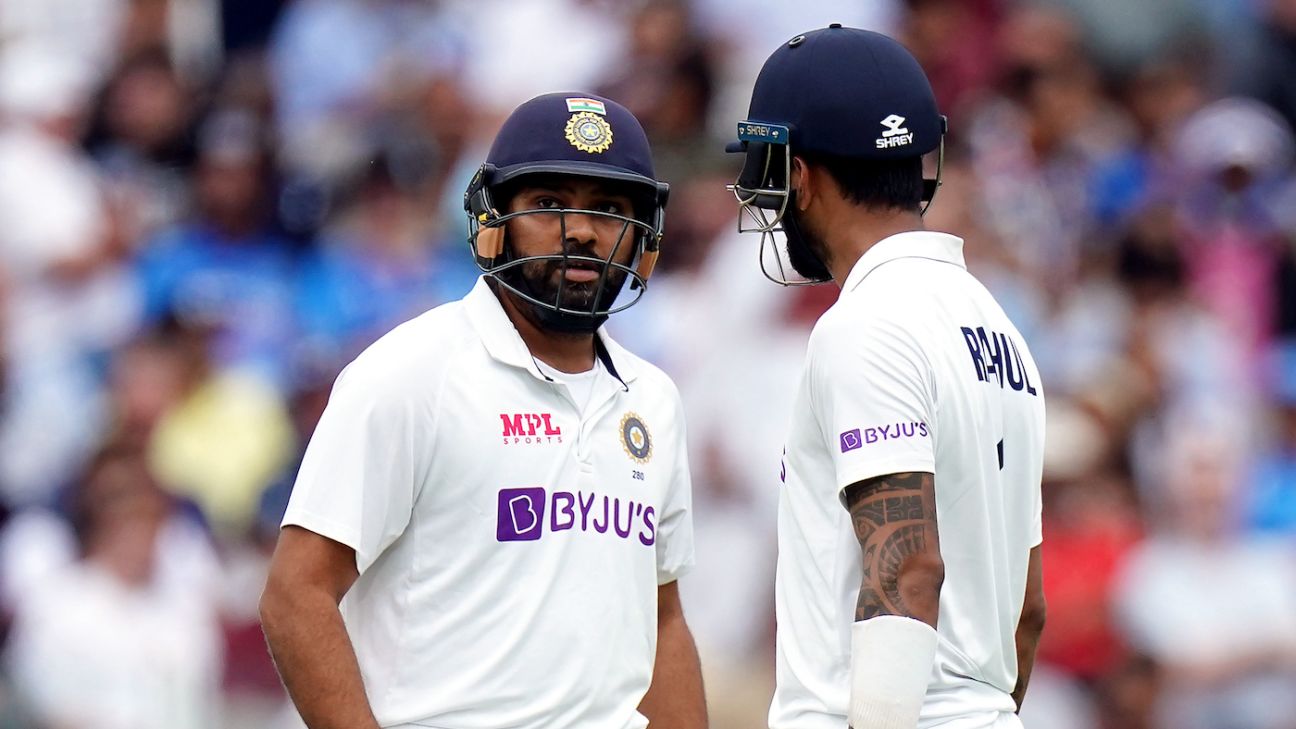 Rohit Sharma has been appointed India’s ODI captain, ending Virat Kohli’s five-year long white-ball reign. The decision to displace Kohli was taken by the Indian selectors. In a media release on Wednesday, without detailing the reasons, the BCCI only said the selectors had “decided” Rohit should take charge of the ODI and T20I teams “going forward”. Rohit will also take over from Ajinkya Rahane as the Test vice-captain.

In September, days before the T20 World Cup, Kohli announced he was stepping down as India’s T20I captain after the marquee tournament. India eventually failed to make the knockouts, following losses to Pakistan and New Zealand in the group stage. In his statement, Kohli said he was stepping down to deal with his “immense workload”. Kohli “felt” that decision would also allow him to be “fully ready” to lead India in Test and ODI cricket.

Rohit was among several players who had sat out of the New Zealand Test series to manage workloads. Among those who were back in the Test squad alongside Rohit, were Rishabh Pant, Jasprit Bumrah and Mohammed Shami. Meanwhile KL Rahul, who missed out on the New Zealand Tests with an injury, was also back in an 18-strong squad. As reported earlier by ESPNcricinfo, none of Ravindra Jadeja, Axar Patel and Shubman Gill were considered for selection because of injuries. The ODI line-up will be named later.
Hanuma Vihari, who had been sent to South Africa with the India A team and has so far gone past fifty in three out of four innings on tour, is also back, and could slot in straightaway into the middle order, especially with Jadeja absent. Pant’s return means Wriddhiman Saha will go back to being the reserve wicketkeeper, after having done the job in the New Zealand Tests.
Jayant Yadav, who impressed during his Test comeback after four years, retained his place as the second frontline spinner behind R Ashwin. Also back in the mix was Shardul Thakur, with the squad having six fast-bowling options to go with the two main spinners.
Vihari is the only one to have been brought in from the ‘A’ squad currently on tour, although four of the players with India A will remain with the senior team as part of the reserve bowling contingent: fast bowlers Navdeep Saini, Deepak Chahar and Arzan Nagwaswalla, and left-arm spinner Saurabh Kumar.
The selectors also kept faith in Saha as the second wicketkeeper, despite KS Bharat’s strong showing in Kanpur, where he came on a substitute for the injured Saha and effected a number of sharp dismissals.
Meanwhile, with both Rohit and Rahul back, Mayank Agarwal will move back to being the reserve opener, a slot that has seen a lot of competition of late, especially with all of Abhimanyu Easwaran, Priyank Panchal and Prithvi Shaw being among the runs on the ‘A’ tour. Agarwal finished the Mumbai Test with a Player-of-the-Match performance, leading India’s batting with 150 and 62 in a victory that helped them take the series.
End of Kohli’s stint as India’s white-ball captain
Rohit’s elevation to ODI captaincy officially brings an end to Kohli’s tenure as white-ball captain, one he took over full-time in January 2017. While his record makes for excellent reading – of the 60 captains to lead in 50 or more men’s ODIs, only three have a better win-loss record – India failed to win an ICC tournament under him. They finished runners-up at the 2017 Champions Trophy and were losing semi-finalists at the 50-over World Cup in 2019. In Kohli’s only T20 World Cup as captain, last month in the UAE, India crashed out after the group stage following back-to-back losses to Pakistan and New Zealand.
At the time of his announcement that he was relinquishing the T20I captaincy, Kohli had, however, expressed a desire to continue as ODI skipper, along with being the Test captain. In a statement, he had said, “… I feel I need to give myself space to be fully ready to lead the Indian team in Test and ODI Cricket.” That won’t be the case now, though he will continue to be the captain in the longest format.

Meanwhile, Rahane’s demotion marks a steep fall for him. It was only earlier this year that he led India to a historic Test series win in Australia in Kohli’s absence. Rahane was central to India’s turnaround in Melbourne, where his century helped India draw level after they were bowled out for 36 in the series opener in Adelaide.

Since that century, though, Rahane’s lack of runs has come in for scrutiny. He now averages 24.39 across his last 16 Tests, with his career average dipping below 40. After scores of 35 and 4 in the first Test against New Zealand in Kanpur, Rahane missed the second Test in Mumbai because of an injury.

With the South Africa tour pushed back by a week following a period of uncertainty after the discovery of new Covid-19 variant Omicron in southern Africa, the India squad is now expected to assemble in Mumbai ahead of their departure on December 12. They will play three Tests and as many ODIs on tour, with the T20Is, that were originally a part of the itinerary, expected to be played later.

India open the tour with the Boxing Day Test in Centurion, followed by Tests at the Wanderers and Newlands. The final Test of the series, from January 11-15, is also likely to be Kohli’s 100th.