The National Student Union of India (NSUI) which has been staging street protests to press the demand for action against a teaching staff of a reputed school for allegedly driving a student to commit suicide, received a response from the Union Minister for State Pratima Bhoumik. She visited the victim’s home here on Friday and consoled the family members, while justifying the demand for a probe.

Arkadeep Majumder, a Class 10 student of Sri Krishna Mission School at the new capital complex here, took his life when teachers allegedly caught him cheating during an examination. They reprimanded him in front of his fellow students and expelled him from the campus.

The family members claimed the teachers did not pay heed to his fervent requests to complete the exam. “He was completely shattered, felt humiliated over the incident and as a result we lost him”, a kin told newsmen.

Members of the NSUI led by its State unit president Samrat Roy have been routinely holding protests ever since the incident was reported. They staged demonstrations outside Sri Krishna Mission School, met senior police officers and held candle light vigil for the past three days.

While the State’s Education Minister Ratan Lal Nath and senior government officials were tight-lipped, the Union MoS Pratima Bhoumik offered her condolences to the grieving family. She met Arkadeep’s parents at their home and assured them of an investigation.

While speaking to newsmen, she criticised the ‘arrogance of a section of school teachers’ and alleged they were only interested in taking private tuition by taking advantage of the institution’s reputation.

Meanwhile, the police said they had not yet received any formal complaint in connection with the death of Arkadeep Majumder. 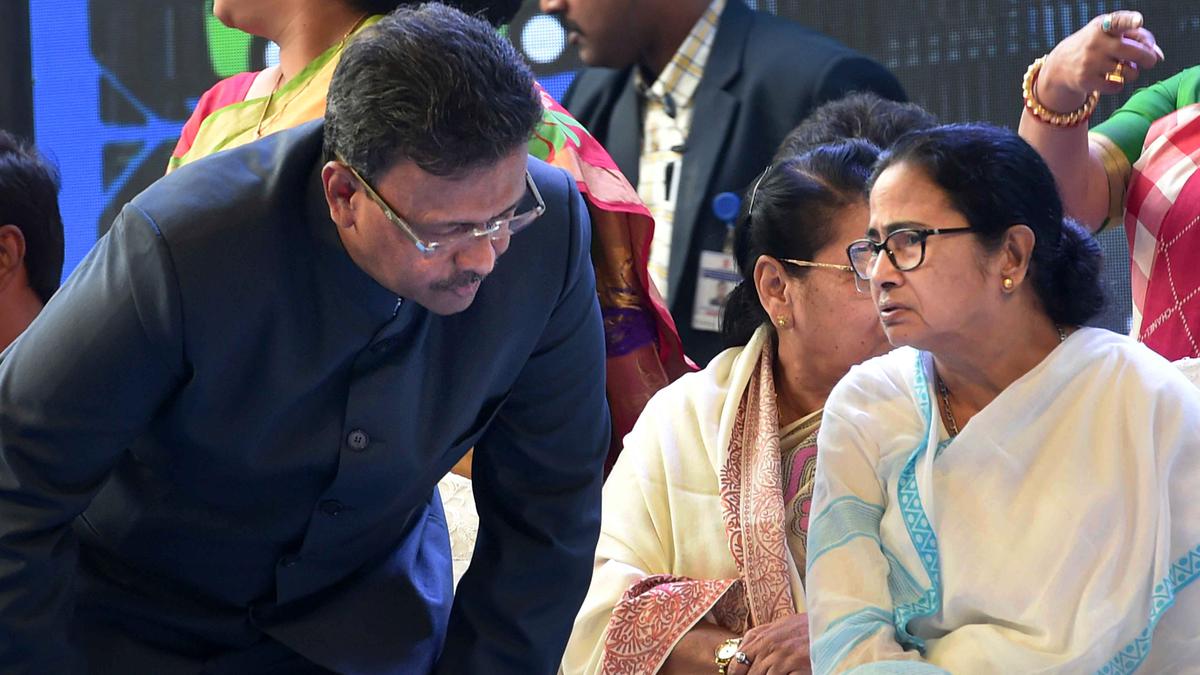