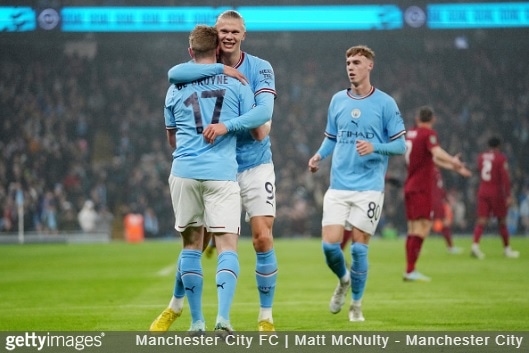 Manchester City have knocked out holders Liverpool from the Carabao Cup on Thursday evening with a 3-2 victory over their great rivals at the Etihad in the round of 16. Erling Haaland opened the scoring in the 10th minute, Fabio Carvalho equalized after another 10 minutes. Less than two minutes into the second half, Riyad Mahrez bagged the second for City, but it took about 60 seconds for Mohamed Salah to set the score level again. However, there was no Liverpool comeback after Nathan Ake scored City’s third in the 58th.

It was obviously a thrilling match, with no certainty of outcome right until the final whistle and from that point of view, many will have enjoyed it. On the other hand, those tasked with improving the defensive side of the game for either team won’t be too happy with what they saw.

Joe Gomez started in the heart of defence for Liverpool along with Joel Matip, with Virgil van Dijk being one of the players rested after their exploits at the World Cup. Trent Alexander-Arnold was another one of those, which meant veteran James Milner starting at right-back.

Less than 20 seconds into the game, a fine turn in the middle of the park enabled Ilkay Gundogan to send a well-measured pass between Matip and Gomez for Haaland to chase, but the Norwegian striker failed to hit anywhere near the target with his first-touch attempt. Minute one was just expiring when Milner won the ball in Liverpool’s half and whipped a long pass for Darwin Nunez to latch onto, and the Uruguayan charged slightly to the left before Aymeric Laporte blocked his shot from a very good chance. Laporte’s block was, of course, great, but it doesn’t change the fact that the City defence was beaten far too easily by Milner’s ball.

For the opening goal of the game, Gomez was too slow to react to Kevin De Bruyne’s cross and Haaland took full advantage to put it in the back of the net from close range. Liverpool’s first equalizer came after Matip was allowed to carry the ball far up the pitch and find Milner between the lines and just inside the box on the right. Having realized their mistake too late, several players in sky-blue charged towards Milner, a former City player himself, leaving young Carvalho in acres of space in the middle. It really wasn’t too difficult for the 20-year-old to score from there. City’s second goal was a trademark Mahrez strike, brilliantly set up by a long diagonal from Rodri, but the question of why the Algerian winger was allowed to receive such a pass inside the box is perfectly valid. It seemed City had overloaded Liverpool’s flank far too easily, and Andy Robertson was left to keep an eye on practically three players – Haaland, threatening to move in between the Scottish left-back and substitute Nathaniel Phillips, De Bruyne who was directly in front, and Mahrez, pealing away to his left – at the same time. 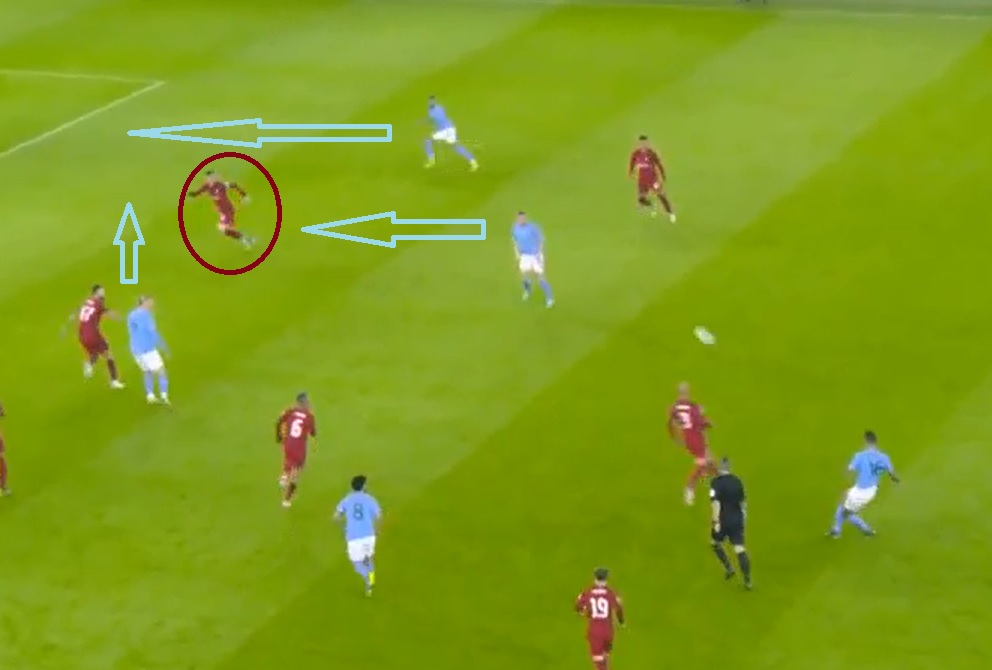 In the end, Haaland and De Bruyne didn’t even need to move in those directions. Their mere presence there, along with Mahrez’s run and Rodri’s pin-point pass, was enough to get the job done.

Meanwhile, between these moments, both teams had a high number of clear chances. Cole Palmer at one end and Nunez on the other wasted a couple of great opportunities, Liverpool goalkeeper Caoimhin Kelleher did extremely well to deny Gundogan and Ake when they really should’ve scored.

Nunez eventually made some amends by using a fine pass from Alex Oxlade-Chamberlain to escape down the left and assist Salah for Liverpool’s second goal, and that was another moment which the defenders involved won’t look back on too fondly. Four players failed to thwart Oxlade-Chamberlain, Laporte was far too slow for Nunez, and Ake allowed both the ball and Salah to slip out of his sight as the Egyptian forward positioned himself for a simple tap-in.

And as for the winning goal, the quickly taken corner – it seems ironic – completely threw the Liverpool defence off. They were too slow to take their respective positions in the box and De Bruyne combined with Palmer before whipping in a typically accurate cross to the far post, where Phillips was busy trying to mark Laporte while both Ake and Mahrez made their runs behind his back. There was, perhaps, a question of a potential Laporte foul on Phillips as he placed his elbow in the back of the Liverpool centre-back, just to make sure Phillips couldn’t reach the ball in the air, but there was no way for referee David Coote to spot that and even if the VAR had been used, it probably wouldn’t have intervened.

All in all, both Pep Guardiola and Jurgen Klopp will want to have a word with their defenders, though for Liverpool, it could be argued that the return of Virgil van Dijk for the Premier League clash against Aston Villa on Monday should make a significant difference.

Manchester City won this game fair and square. They were the dominant team, having the ball under their control for 57% of the time and taking a total of 18 shots, nine on target, compared to Liverpool’s total of seven, just two on target. The fact that both of those went in doesn’t reflect too well on City goalkeeper Stefan Ortega, who stood in for Ederson Moraes, but the 30-year-old did make some important claims in his box and stepped out as a sweeper-keeper when needed.

The forwards of the two teams were good in exploiting the deficiencies of the defences, but it’s actually the midfield section where this battle was won for City. Klopp named young Stefan Bajcetic, still only 18, as the ‘6’ ahead of Fabinho, and the pair of Thiago Alcantara and Harvey Elliott on either side. Meanwhile, Guardiola went full-throttle in this department, fielding the trio of Rodri, Gundogan and De Bruyne in the middle of the park, and while Bajcetic is an exciting prospect and Elliott boasts plenty of experience for a player of 19, they have a long way to go in terms of development before they can match the players they were facing. Fabinho came on at halftime and Jordan Henderson replaced Elliott 12 minutes later, but the two first-teamers, freshly returned from the World Cup, couldn’t contribute sufficiently to turn the tide.

Nunez and Carvalho need to step up for Liverpool

Nunez has been a subject of highly contrasting views ever since his arrival to Liverpool from Benfica this summer. His critics usually say he cost the Merseysiders £85m and laugh at the number of clear-cut chances he wastes, labeling him as one of the biggest flops in recent years.

Those who rate his abilities highly, on the other hand, point to the fact that he easily gets into those chances with pace and smart movement, and continue to believe his finishing will improve. They also rightly point to his goal-contribution stats this season, with a goal or an assist coming from him once every 106 minutes. With nine goals in all competitions so far, he’s hardly a flop, and the few months he’s been a Liverpool player aren’t nearly enough to make that kind of assessment anyway.

Be that as it may, there’s no hiding from the fact that his misses are costing Liverpool dearly this season. Had he been just a little more composed at the Etihad, the Reds could’ve won this game without too much fuss, for all the City domination.

Carvalho was called upon to start on the left attacking flank in the absence of Luis Diaz. Klopp has been known to move Nunez there and put Roberto Firmino upfront, but the experienced Brazilian was also unavailable for this clash.

The former Fulham youngster looked very lively from the start and showed glimpses of real class, forcing City players to foul him frequently, even though Coote allowed plenty of that to fly in this game.

Liverpool signed Carvalho as a prospect for the future, to use him as an understudy for Diaz for a couple of seasons and hope he would rise to the level his talent deserves, but with Diaz set to remain out of action for three more months, it’s quite obvious that Carvalho will have to take bigger steps in that direction and contribute a lot more than initially planned, straight away.

This match was a step in the right direction for the 20-year-old and seeing his name on the scoresheet against a team like Manchester City will surely boost his confidence, and Klopp will be hoping to rely on him more in the next couple of months as he strives to lead his team back up the ladder in the Premier League.

A glimpse of Palmer and Lewis

Speaking of young players, this was certainly a big occasion for 20-year-old City winger Cole Palmer and 18-year-old right-back Rico Lewis. And while Carvalho frequently forced the likes of Manuel Akanji and Rodri to step to their right and help the young defender, Palmer proved a handful himself for 36-year-old Milner at the other end until the Liverpool veteran left the pitch due to injury in the 38th minute.

Like Nunez, Palmer showed a lack of composure in front of goal, missing some glorious chances to put the ball in the back of the net. But he showed a fine level of understanding of the way Guardiola wants his forward line to play, and his ability to combine with far more experienced teammates was very notable. He may not be as expensive as Jack Grealish yet, but his presence in the starting XI ahead of the former Aston Villa man certainly didn’t make City look any weaker.

Lewis also showed glimpses of class and his talent is obviously indisputable. However, it seems he still has plenty to learn before he can be relied on more regularly in important matches. Palmer is already there, following in the footsteps of Phil Foden under Guardiola’s tutorship.

City may have risen to great heights over the last decade by means of money, but at the moment, it seems they have a different plan for the future. It remains to be seen if they stick to it and continue developing young players themselves, or revert to spending big on ready-made players to maintain their status as the dominant team in the Premier League. 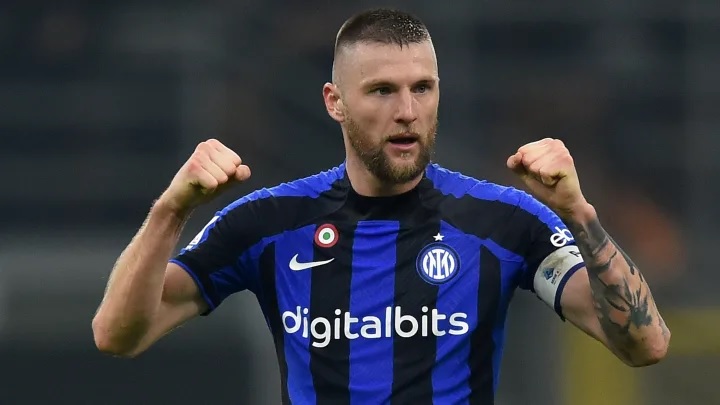 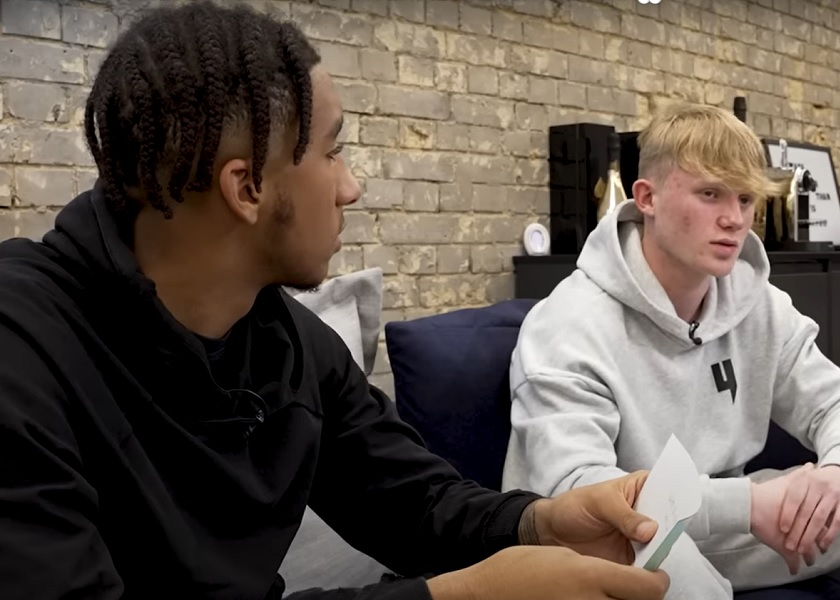