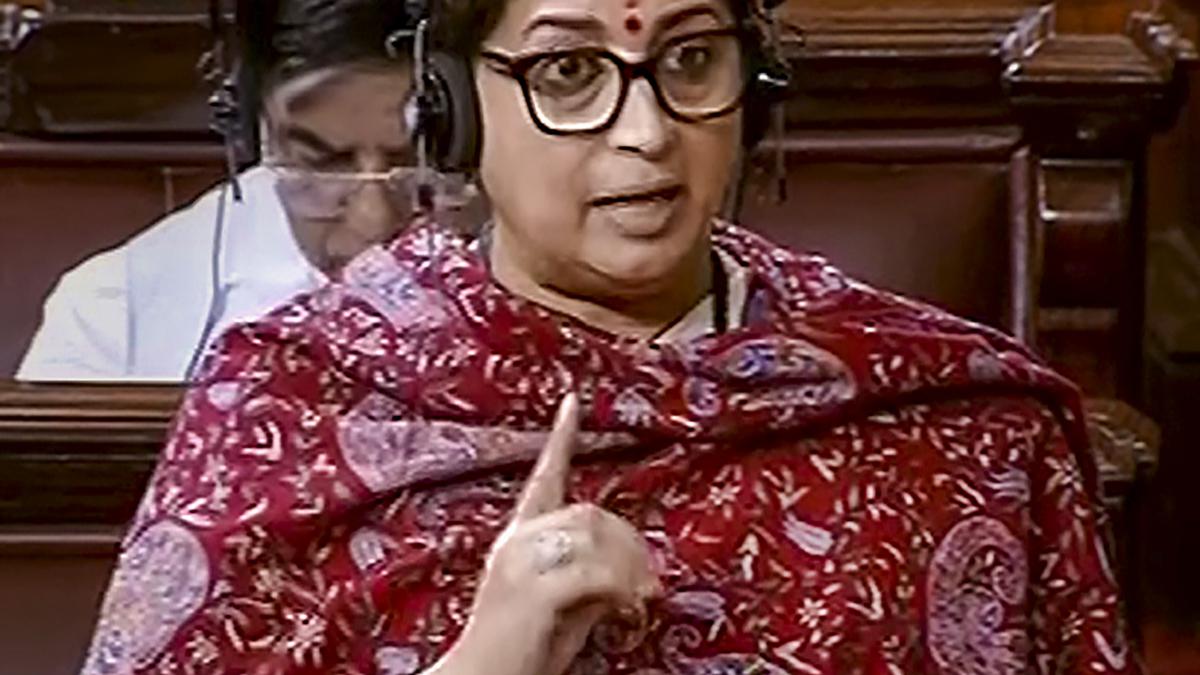 The Parliament resumed proceedings for the day at 11 a.m.

Rajya Sabha was adjourned early on in the day following disruptions. The Upper House resumed proceedings at 12.00 p.m. with the Question Hour. Before the adjournment, Leader of Opposition Mallikarjun Kharge briefly addressed the House and clarified that some sections of the media had incorrectly reported what happened on December 14 when Deputy Chairman refused to allow the matter on Chinese transgression in Arunachal Pradesh.

Explained | What’s on agenda for the 2022 Winter Session of Parliament?

To get a rundown of the day’s developments in Parliament in your inbox, subscribe to our Parliament Watch newsletter here.

The Tripura member’s resolution urges the government to set up an Agarwood Board of India and support it for more scientific efforts to increase the production and productivity of agarwood, provide adequate welfare measures for agarwood cultivators, support research and development and provide adequate incentives to young entrepreneurs for the holistic development of the agarwood sector.

Deputy Chairman Harivansh Narayan Singh is in the Chair.

What is Private Members’ Business?

A Private Members’ Bill is the only way for a non-minister MP to propose a legislation on a matter of general public interest. Meanwhile, a Resolution may be submitted by a Private Member in the form of a declaration of opinion, or a recommendation; or maybe in a form so as to record either approval or disapproval by the House of an act or policy of Government. Notably, it’s been fifty years since a legislation proposed by a private Member of Parliament was actually enacted into a law.

The Lower House resumes and takes up Matters under Rule 377.

The Lower House has been adjourned for lunch. Proceedings to resume at 2.20 p.m.

Women and Child Development Minister Smriti Irani dismissed India’s ranking in the Global Hunger Index, terming the indicators as “flawed”, in a reply to Lok Sabha on Friday.

“Indicators of global hunger index are flawed and do not reflect the country’s true picture,” she said.

Ms Irani also spoke about the steps taken by the Central government to provide sufficient funds to meet the inflation effect and fix accountability under various schemes.

The Upper House has been adjourned for lunch after a discussion on topics related to agriculture and MSP. Proceedings will resume at 2.30 p.m.

Delhi Commission for Women chief Swati Maliwal on Friday wrote to the Lok Sabha speaker and Rajya Sabha chairman urging them to suspend the day’s business in both houses of Parliament to discuss the issue of women’s safety on the 10th anniversary of the Nirbhaya gangrape incident.

Crimes against women have reached an “epidemic proportion”, she said, while highlighting that six rapes are reported in the national capital every day.

Adequate support given to all States on welfare schemes for children: Smriti Irani

Union Minister Smriti Zubin Irani’s responded to question raised during Question Hour in Lok Sabha regarding schemes for children: “When you look at the issue of accountability, all angadwadis in the country are enabled through the portion tracker where data is everyday is put in by anganwadi workers and district administration. Accountability is affirmed technologically and also in collaborative attempts with State governments who inform us infrastructural and other cost challenges. Given the inputs received from the States and understanding the trends, adequate support has been given to all States, including when States and districts want to indulge in innovative practices to meet the challenge of malnutrition. Our ministry does not work in isolation, 18 ministries collaborate to ensure that challenges are met through convergence of effort.”

Ms. Sitharaman says, “In the last 6-7 months, I’ve had personal meetings with RBI representatives and with my secretaries in the ministry, and action from the RBI’s side and also from our side, inclusive of Corporate Affairs Ministry, has been initiated in this matter…There is a coordinated effort to contain such apps and also to take action against those misusing (it).”

The minister’s response gets interrupted with calls of “there is time to listen to app problems but not Chinese transgression”, to which she responds that the Congress party is trying to prove that the problems of “common man” are not their problems.

The rates of interest charged by these companies is much higher than traditional banks, the MP says. “They are becoming extortionate, and their processing fee is as high as 1% to 5.3%. They are charging interest from 14.5-38.5% per annum, which is very high,” Mr. Haque says.

Many illegal lending apps are also not under the ambit of RBI, he adds. “Most of these apps are Chinese. They offer small loans without much paperwork, and then they bully the customers who are unable to repay the loans on time.” He also informs the Parliament that one person committed suicide in 2020 for “a very small loan of ₹3,000” as the app gains access to user’s images and contact lists and use them to harass the customers.

Congress MP Manish Tewari on Friday gave an adjournment motion notice in the Lok Sabha to discuss the situation at the border with China.  “I hereby give notice to ask for leave to move a motion for the adjournment of the business of the house for the purpose of discussing a definite matter of urgent importance, namely – That this House do suspend Zero Hour and relevant rules relating to Question Hour and other businesses of the day to have a detailed discussion on the grave situation at the border with China in the Tawang sector in Arunachal Pradesh,” Mr. Tewari stated in his letter to Seceretary-General, Lok Sabha.

The matter of Chinese transgression in Arunachal Pradesh is of extreme importance for national security: Mallikarjun Kharge

“As the Leader of the Opposition (LoP), it is my duty to stand with the feelings of the parliamentarians and demand immediate steps to deal with this issue,” Mr. Kharge says. He also adds that the Deputy Chairman refused to allow the matter on December 14 because a prior notice had not been given, but some sections of the media reported it as he was stopped. “The impression is far from the reality,” the LoP says.

Deputy Chairman Harivansh Narayan Singh is presiding over the proceedings. Members are laying the Papers on the table of the House.

Proceedings of the House begin with Question Hour

Speaker Om Birla is greeted to chants of “Jai Shri Ram” as he enters the House, to which he responds, “Aj mahaul acha hai na (the atmosphere today is good, right?).”

States are empowered to enact personal laws that decide issues such as succession, marriage and divorce, in their endeavour to secure a uniform civil code (UCC), Law Minister Kiren Rijiju had informed the Rajya Sabha on December 15.

The Minister made these remarks in a written reply to a question posed by Communist Party of India (Marxist) member John Brittas, asking whether the Centre was aware of the States formulating their own laws with respect to the UCC. 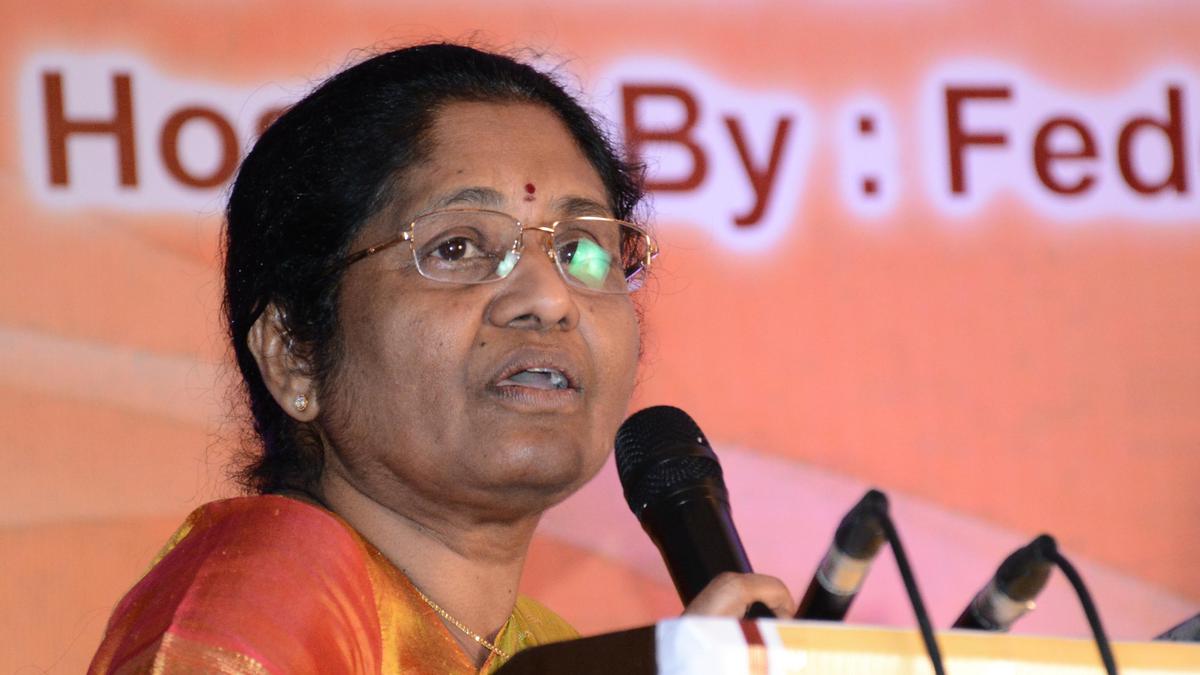 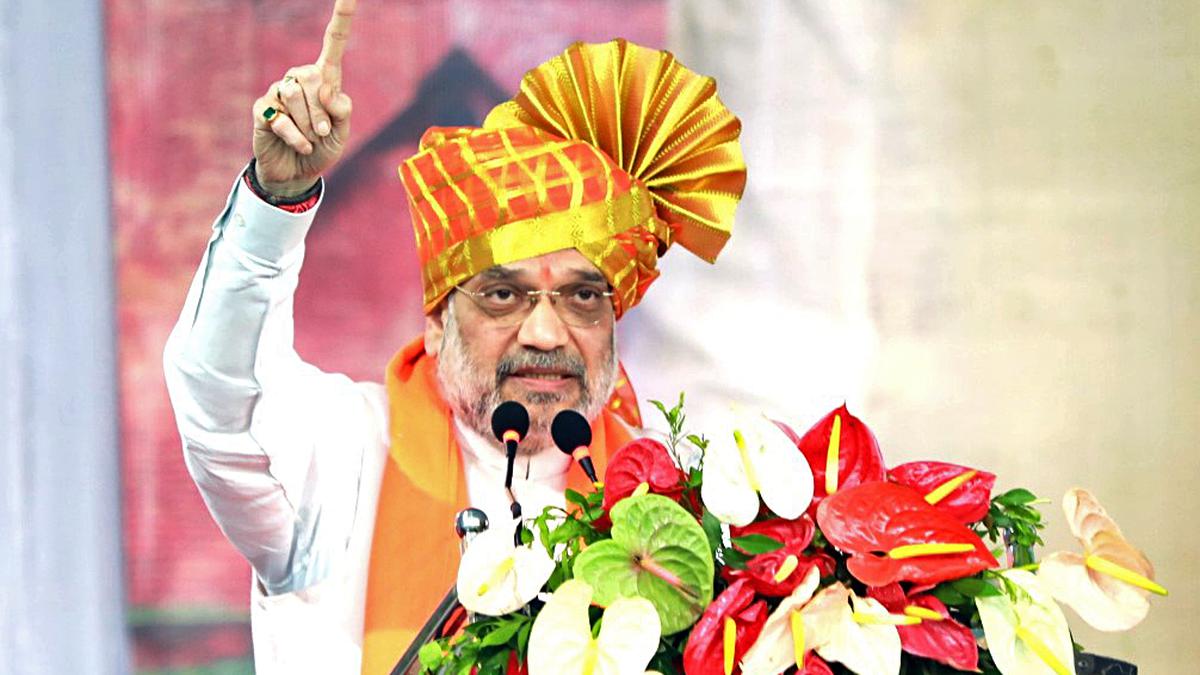 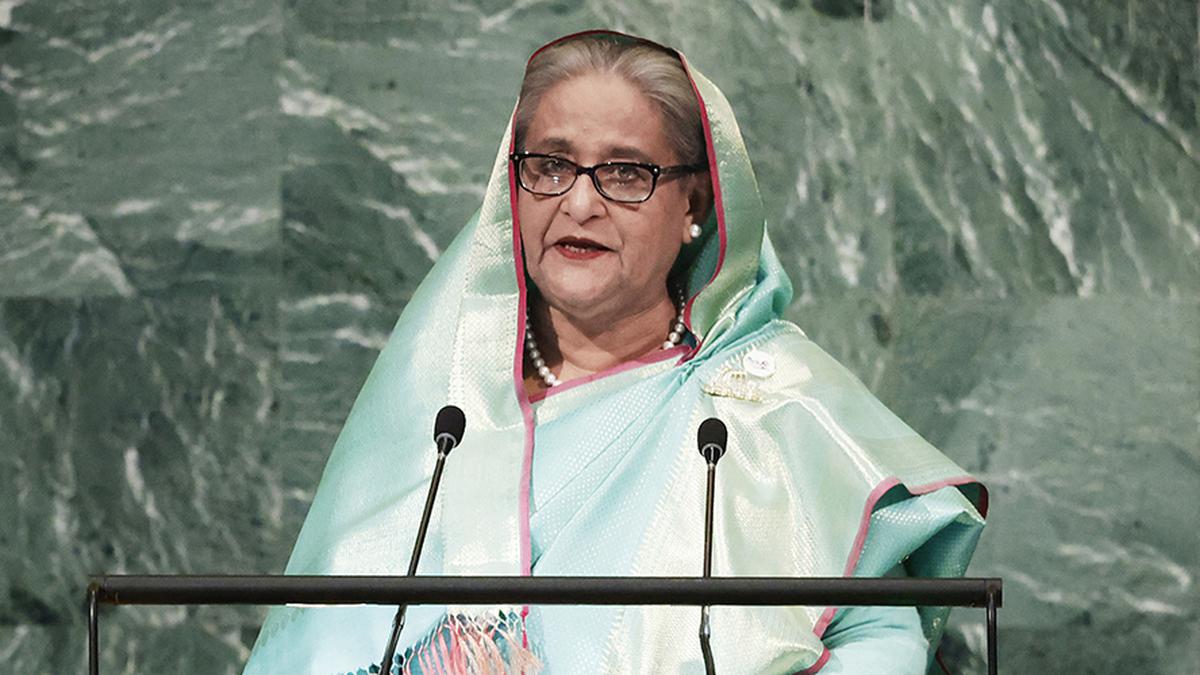